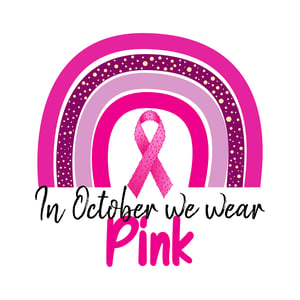 The month of October is Breast Cancer Awareness Month and Member Credit Union is showing their support by wearing PINK on Wednesdays and raising money for Breast Cancer Research.
Driven by one of the founding principle philosophies, People helping People, MCU knew they had to get involved and help bring awareness to such an important topic.
Now through the end of October, each MCU branch is asking members and challenging fellow employees to donate to the cause. At the end of the month, the grand total will be doubled by MCU and donated to Breast Cancer Research.

How Common Is Breast Cancer?

The American Cancer Society's estimates for breast cancer in the United States for 2021 are:

In recent years, incidence rates have increased by 0.5% per year.

Breast cancer is the second leading cause of cancer death in women. (Only lung cancer kills more women each year.) The chance that a woman will die from breast cancer is about 1 in 39 (about 2.6%).

Since 2007, breast cancer death rates have been steady in women younger than 50, but have continued to decrease in older women. From 2013 to 2018, the death rate went down by 1% per year.

These decreases are believed to be the result of finding breast cancer earlier through screening and increased awareness, as well as better treatments.

At this time there are more than 3.8 million breast cancer survivors in the United States. This includes women still being treated and those who have completed treatment.

Survival rates are discussed in Survival Rates for Breast Cancer.